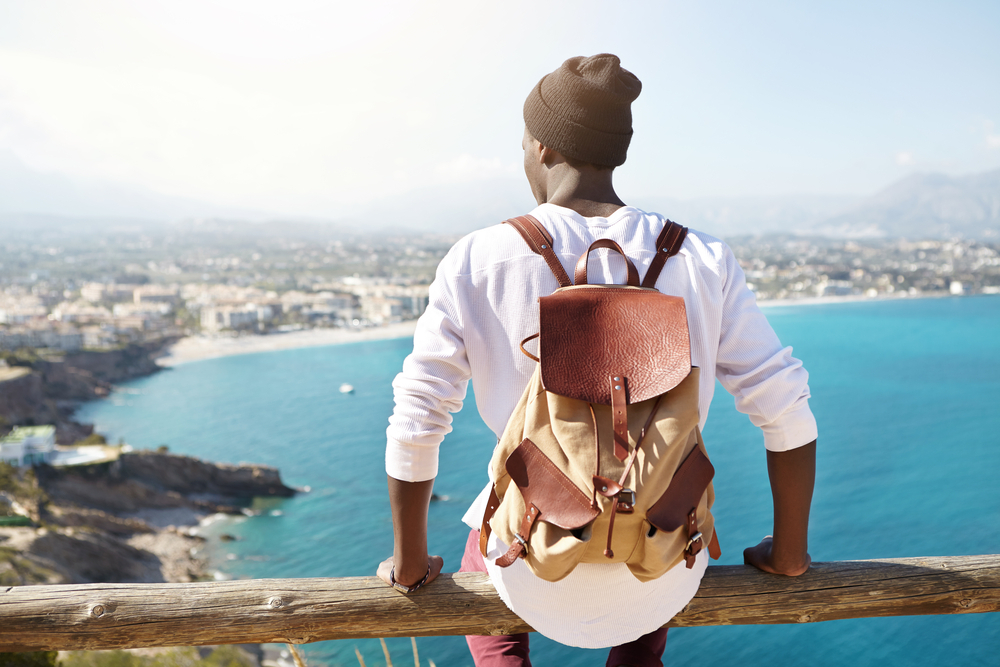 Migrating is hard for anyone, but for people migrating to a place with a different language, it’s even more difficult. Asides dealing with the culture shock of moving to a new location, migrants also have to learn a new language and worry about fitting in in more ways than one.

In this article, we speak to 5 Africans about the challenges of migrating to a country where they had to learn a new language. Here are their stories:

I was somewhat concerned about the language, but I was also excited. I was already interested in Spanish before I knew I would be moving to Mexico, so I expected that living here would help me learn faster. My company paid for some Spanish classes, so I started learning the most important words, literally things I would need at the airport and all, so I felt a little more confident, but it was still very hard.

When I first arrived,  I mostly spoke English and a bit of Spanish, things like “gracias” and “por favor.” But, you speak one word of Spanish and people start rapping back at you really fast in Spanish. I still haven’t gotten used to that.

Although my Spanish is better now, I had some stressful experiences early on. There was this time I went to the bank once because I had a transaction issue and I was so frustrated, I almost cried. There was no one there who could speak English and Google Translate wasn’t helping. They kept sending me from one teller to another, it was a nightmare. I haven’t been to a bank again since then.

I speak better Spanish now and that has really helped my confidence. My friend visited me from Canada recently and we went on a road trip, I was the one speaking Spanish to help us get things like parking and buying food done, and that was really great. My language now is a mix of English and Spanish, we call it Spanglish.

I had started learning to speak polish on Duolingo before I moved over in 2021. I thought I could speak comfortably, but when I got here, I realized I couldn’t. My pronunciation wasn’t great and people couldn’t understand me. I’ve had to rely on Google Translate for even the most basic things. For instance, if I’m going to see the receptionist at school, I often need my phone’s translator to communicate. Even when I speak English, my Nigerian accent makes it difficult for them to understand me.

The language hasn’t been too much of a problem though, because Polish people keep to themselves a lot. But I’ve been learning the language. It’s part of my school curriculum where I have to spend 3 hours weekly learning the language. That, alongside my Duolingo classes, has been helpful. I think I’ll get better at it by next year.

I wasn’t bothered about the language before I moved, and I think it was linked to my reason for moving. I only really moved because I figured it would be way easier to get remote jobs if I wasn’t living in Nigeria. I almost moved to the Netherlands before the job offer that brought me to Germany. I knew that wherever I worked it would be with a company that spoke English.

I got my current job at the beginning of the Covid pandemic, so I wasn’t able to travel straight away. I started learning German on Duolingo then, but I lost steam along the way. When I finally arrived in Germany in 2021, I tried again, and I lost steam.

I remember the first day I arrived. Germany was going into a second lockdown in a couple of days. My team lead came to pick me up at the airport and told me about the impending lockdown. I only had two days to get the things I’d need.

I got to my apartment and wanted to charge my phone when I realised that the socket wasn’t the traditional UK socket. I needed to get another one from the supermarket, but I had an issue —I didn’t have mobile internet access, so I could only access the internet from my home’s WiFi. I decided to brave it and went out in search of someone who could provide directions. Unfortunately, I was staying in one of the outer cities where most people are hardcore Germans. It was 6 degrees that day and I spent several minutes trying to find someone who understood me. It was a very frustrating ordeal.

I’ve since moved from there to a more central city with a lot more immigrants, so the need to speak German is reduced. Right now, I only know the greeting words, but I intend on learning.

I had to study German for over 6 months for a proficiency exam, so I wasn’t really bothered about the language. I was quite sure that I could speak it well before I even set foot in Germany.

However, when I moved over I had to deal with some confusion. Sometimes I’d order stuff at the restaurant and the waiter would give me a confused look despite that I’ve repeated myself multiple times. There was one time I suspect I even got racially abused because I didn’t really understand the culture.

I’m a Lagos boy, by nature and nurture. So one day, two weeks after I’d just moved, I was trying to catch the bus and I ran to catch up — which is not a thing in Germany. In the process, I ran into this older man who was trying to come down from the bus, and he got so pissed and started to go off. He was speaking fluent German, and I couldn’t follow what he was saying. People on the bus who spoke English kept apologising to me and telling me to ignore him. That’s when I figured he’d said something sinister.

However, I think I have integrated well, so far. I’m in my eighth year in Germany, and I’d like to think I’m near the peak of mastery of the language. I can follow a conversation without hiccups. The new international students even complain about how fast I speak.

The truth is, I don’t speak a lot of French. My classes are in English and most of my friends speak English. However, I can have normal daily conversations in French. I, however, only speak French when I have to. My course also mandates French classes, which has been very helpful.

Interacting hasn’t been so bad. I understand when people are speaking to me. My speaking isn’t very great but I’ve done some interviews where I had to speak French and I think don’t think they’ve gone too badly. That said, the French can be very passionate about their language. They’re more welcoming to you if you can speak basic French, and then tell them that you’re not very fluent. Most of them don’t speak English and even the ones who do prefer you speak the language first. One of my friends had an experience where he was ignored because he didn’t know how to speak french, even though the people he was speaking to understood his English.